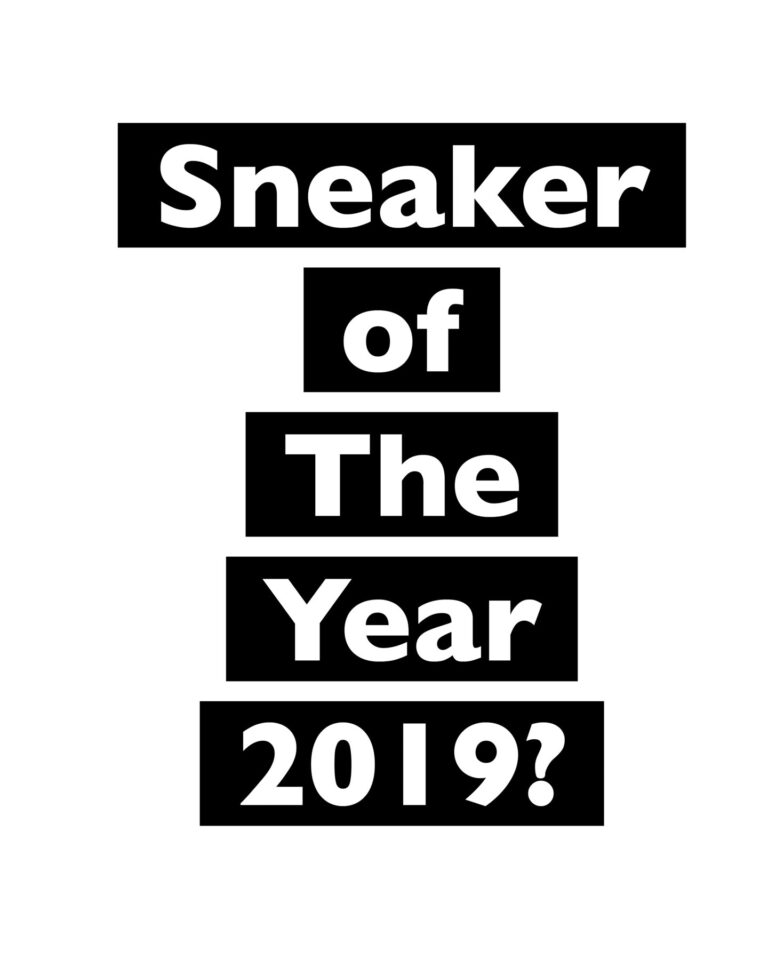 It’s that time of the year! We ask Delhi sneakerheads to pick their favourite sneaker of this year. It was a tough choice for them to choose just one, here is their #sneakeroftheyear2019

“My pick for this year is the Nike AirMax 1 from the ‘Have a Nike Day’ drop. AirMax 1 has always been one of my favourites because of the chunky silhouette and the whole retro vibe. Particularly love this drop for the vintage colour block and the interesting play of materials. Also, the detailing of the Nike happy face lace lock, the branding on the tongue and the heel make it extra special for everyday wear.” @akankshabhakoo

“My Sneaker of the Year 2019 is the Travis Scott Air Jordan 1 High Cactus Jack, the most popular Jordan brand silhouette dressed in earthy brown tones. This Travis Scott x Air Jordan 1 comes with red Nike and Cactus Jack tongue labels. But the most notable feature is a backward midfoot Nike swoosh embroidered onto its lateral side, along with a hidden money velcro pocket on the inner liner. Other details include the ‘Cactus Jack’ logo behind the swoosh on the medial side while having a debossed face logo on the heels. The detailing overall on the shoe is top-notch, probably the most sought after pair for the year! Also, a few others worth a mention, are the Nice Kicks Ultra Boost Woodstock, Air Jordan 1 Low UNC Eric Koston, Adidas Solar Hu, Air Jordan 1 Fearless Blue the Great and AirMax 90 BSMNT London.” @adityab27

One of my top sneaker pickups of the year is the Puma Ralph Sampson. This is a retro basketball sneaker that Puma recently brought back. The Houston Rockets are my team & anyone who knows me knows I rep the team to the fullest. Ralph Sampson was drafted by the Rockets, where he played for the team from 83-87. His height was 7-foot-4!! He used to match his Puma shoes to his sweatsuit and that’s something I like to do as well. It’s a nice clean silhouette that goes with everything. A Classic! I’ve got two colourways so far still waiting for Puma to do a classic Rockets Ketchup and Mustard colourway since that is the jersey he wore. My other favourite sneaker of the year is the Harden Vol 3 “Imma Be A Star”. I actually have more Vol 3s than any other sneaker in my collection. I was able to pick up 9 pairs this year from different countries (UK, Thailand, Philippines, Malaysia, India) some of them were limited to select countries so it wasn’t very easy to get. This gold colourway is called “Imma Be A Star” it’s inspired by the note James Harden wrote to his mom when he was a kid, asking her to wake him up at 7 am to play basketball, asking for some dollars & he promised her that he would be a star. She still has that note. The story behind the shoe, the unique gold leaf upper, the shoe also has “star” written on the left shoe & my Instagram being Starscream, is why this is my other favourite sneaker of the year.” @f17starscream

“One of my fav of 2019 is AJ4 – what the 4s. I like the mash-up of all top 4 Jordans colorway in one. Also for the quality of material and imaa big fan of AJ4s.” @henryvinoth

“My favourite sneaker pickup of the year has to be the React Element 87 Moss colourway. I absolutely love the silhouette of the react element 87’s. The translucent upper and the earthy tones not only makes for a beautiful pair but also gives you a lot of freedom to style it differently. The shoe also features many tiny details like the 3m reflective lace loops, beautiful cork style insole, the mini swoosh’s, all these details make it a special pair for me. Plus, not a surprise here but they are supeeer comfortable, can wear them day in day out.” @parthsharma05

“Maison Chàteau Rouge x Air Jordan 1 Mid ‘Fearless’ wins my sneaker of the year tag primarily because of its intriguing textures and wearable colors. The way various textured elements are visibly stitched, almost appears as if they are patched, which I absolutely love. The colors are mellow and go together incredibly well. It fascinates me if the shoe has a lot of details and this shoe is full of them, whether it is the patched Air Jordan logo or the red stitching at a few spots. This collaboration truly gives the underrated Jordan Mids the attention they deserve.” @ispeedysingh

“I would like to mention that all my purchases post 2018 have been very well-researched and also limited in number. Nike Air Max 720 had to be my favorite one. The first thing that attracted me was the silhouette, then the NAKED FAT AIR unit, and then the colors! These Air Max set themselves apart from the rest as they are the highest or the tallest ones ever made in the history of Air Max, and I really dig that. We love some extra inches and some bounce while we walk. I am big on comfort when it comes to footwear and these shoes really set the bar high for the other ones in the market. So yeah they check all the boxes that I have for the perfect pair and hence my pick for 2019!” @ishikamadaan

“My sneaker of the year has got to be the sacai x nike blazer mid. Especially the yellow colorway. The combination of red, yellow and deep blue is beautiful. The detailing on the pair which itself is a hybrid of Nike’s Blazer Mid and the Dunk, blows my mind. Doubling down on the details, including the swoosh, tongue and laces is not subtle but not over the top either, it’s a great balance on bringing together two things in a creative manner. It’s Sacai’s time. Another pair which deserves an honorary mention is Nike Off White’s “Athlete in Progress” series’ Vapor Street. Hated by most of the mainstream sneakerheads, I absolutely love the pop of colours and the exaggerated design. An instant cop for me!” @franklystreet

“My sneaker of the year is Off White X Nike Air max 90 in Desert Ore colourway. Air max 90 itself is an impeccable model originally designed by Tinker Hatfield, all it needed was a hint of Virgil Abloh in it. Every aspect of the shoe is beautiful – the deconstruction, camel colour, bright mango swoosh literally everything seems to be a perfect combo. I personally, like this colourway more than the OG pair from “The Ten” collection, I am pretty sure I am not the only one who does.” @_kdotb_

“Reebok Insta Pump Fury Release 2019! This shoe was way ahead of its time. It was so futuristic that, even today it can blow away people’s minds. The shoe was released back in 1994 with various re-releases of the OG colorway. Last time it was retroed back in 2014 for the 20th anniversary. The shoe was designed by the @stevensmith legend behind 997,574,1500 and I love his work. So for me, this is definitely one of the best drop from this year.” @ardyghosh

“‘Nike Air Jordan 1 Retro High OG Bloodline’ is my favorite sneaker of the year 2019 being released on Black Friday. Paying homage to the famous 1985 Air Jordan ad, in which Micheal Jordan says “Who said man was not meant to fly?” which is also written on the insole of the shoe. The red piping on the sneaker really makes it pop & the quality of tumbled leather used in these is much better. The combination of the colors Red, Black, White on these & being a high ankle pair makes it an easy ‘perfect’ cop for me. ” @ishubhamsharma13 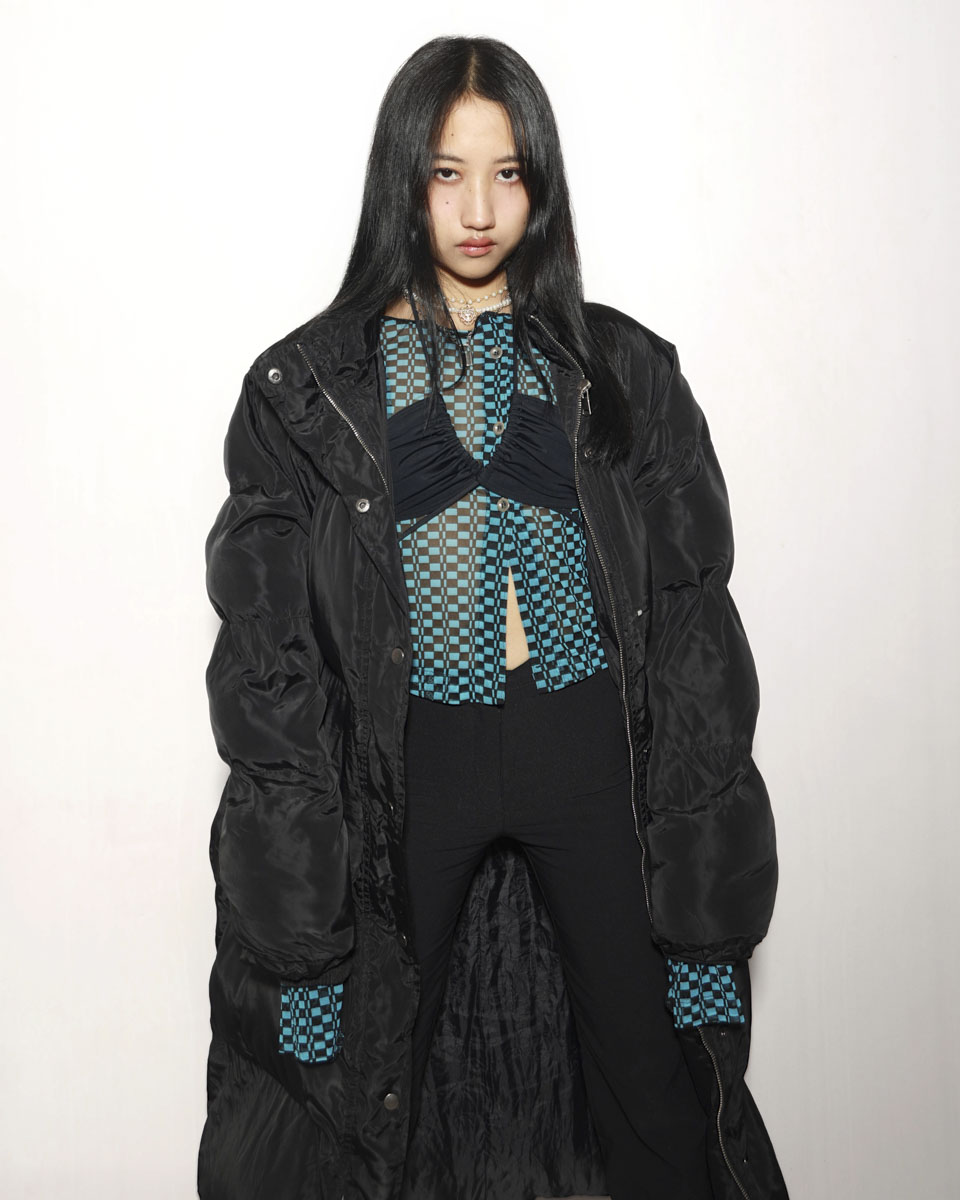 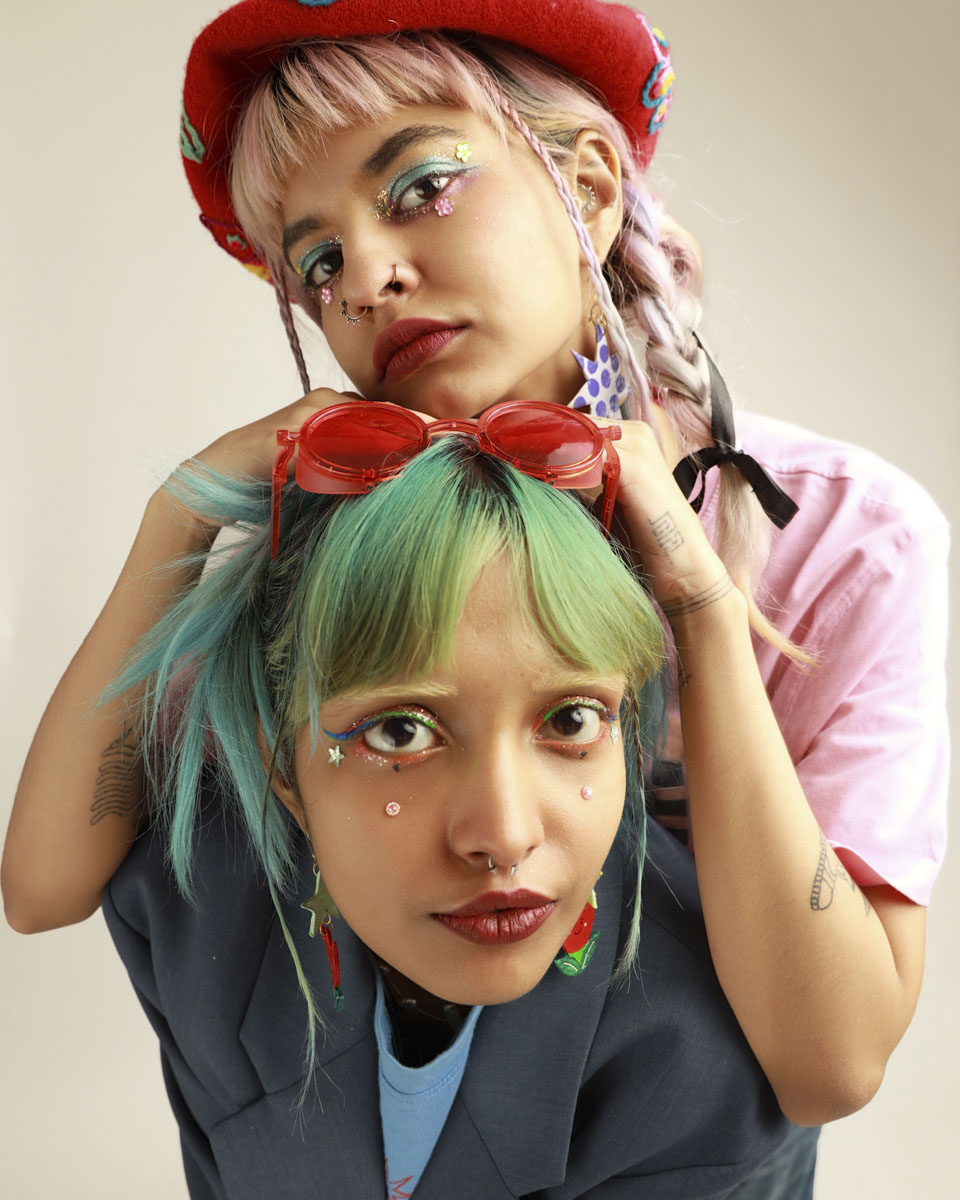 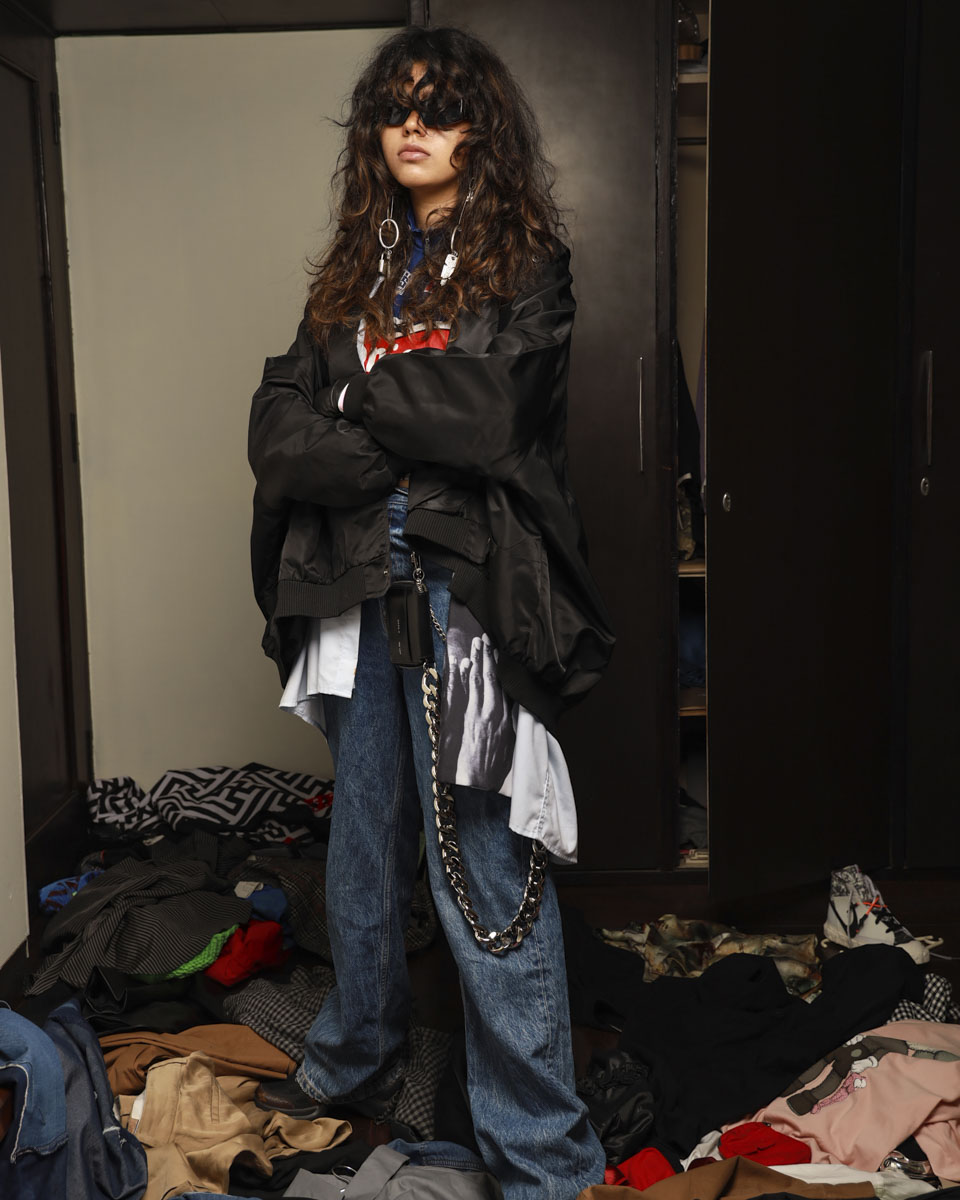 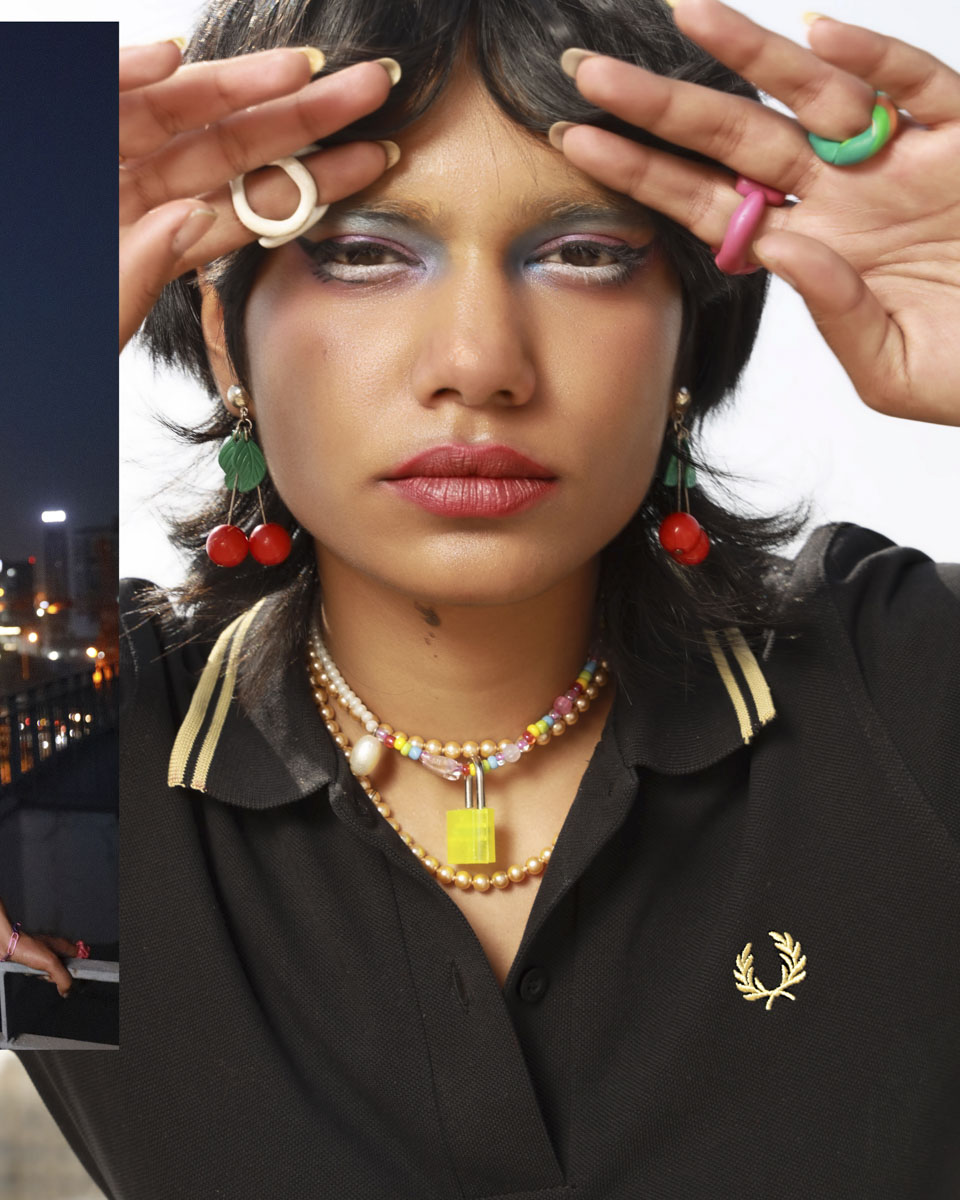 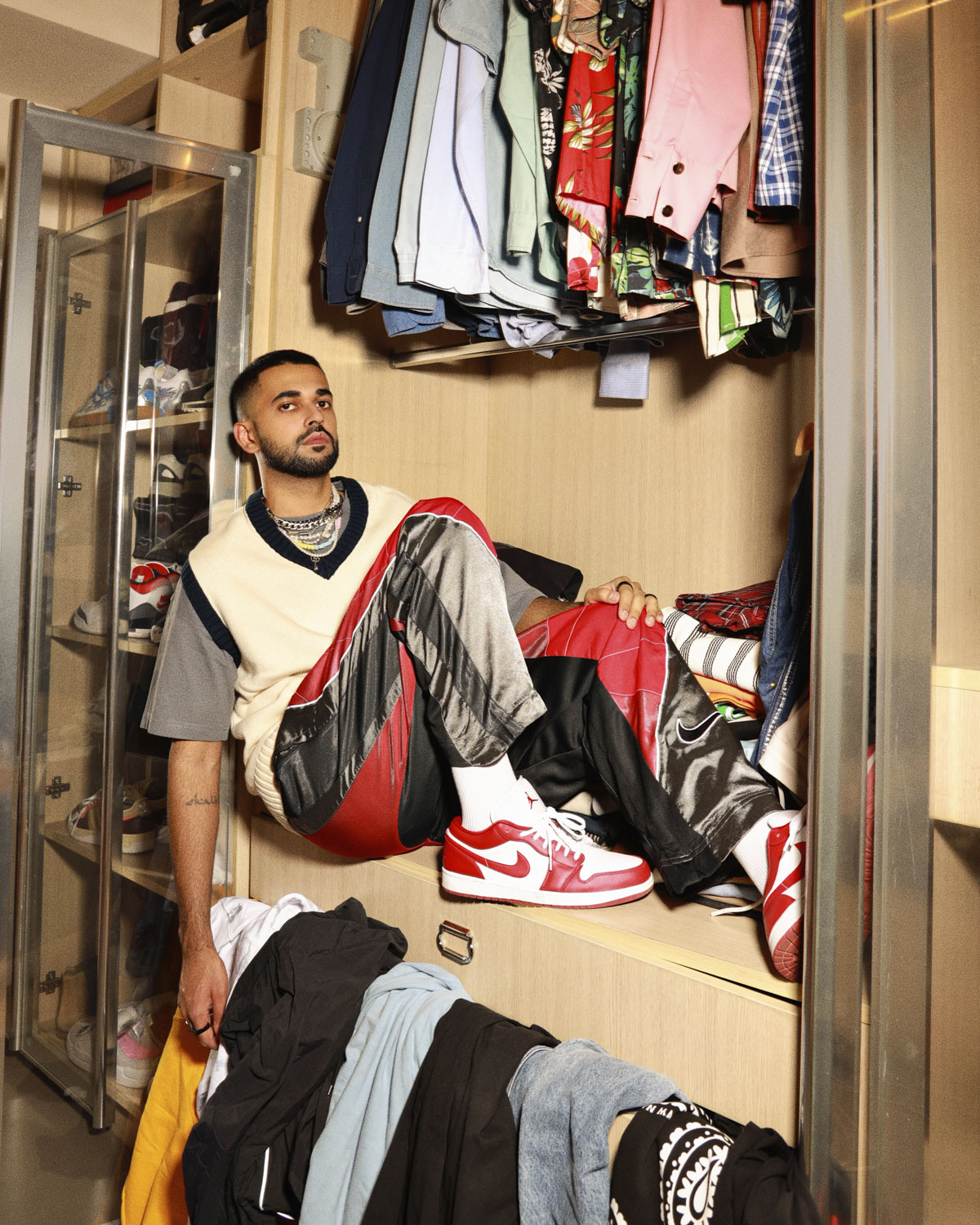